I’d like to think us baby boomers were pretty savvy in what we chose to wear and accessorize with. I’d LIKE to think that for hair, as well. But we all know I would be wrong.

There were…just a lot of big waves and big curls and big mullets. BIG mistakes.

Hair, of course, wasn’t the only thing weird about the 70s. We had some definitely questionable grooming prodcuts back in the day.

Do you remember any of these? 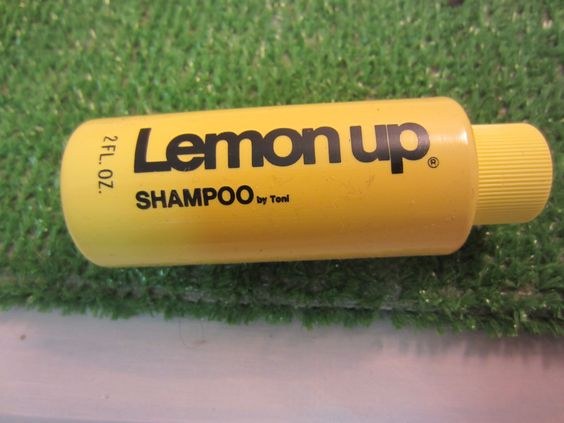 There was reportedly the juice of one lemon in each bottle. Apparently, lemon juice gets a lot of gunk build-up out of your hair, and also makes it shiny. It also makes you smell like a bottle of Lysol, but who’s judging?

Because who DIDN’T want to wash their hair with beer? Body On Tap had a whole cup of beer in it, which made your hair very shiny. Shiny hair was very popular.

Oh, right. Shiny hair is just for women! The 1970s killed the “wet head” look and gave us the rigid, dry hair style for men.

This is presented without comment because the only comments I can think of are inappropriate.

“Hey Bill?” “Yeah, Dave?” “Is it weird if we sexualize the smell of babies with our new perfume ad and also make it frighteningly uncomfortable to watch?” “No, I actually see no problem with that at all!” 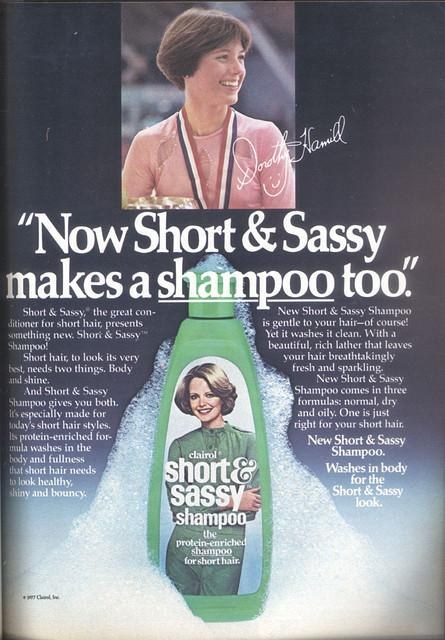 I was unaware that short hair needed its own shampoo, but it Dorothy Hamill tells me it does, who am I to disagree??

Jergens is still very well respected today, but I never got the appeal of naming a shampoo with a full sentence/phrase. Although it did smell lovely. 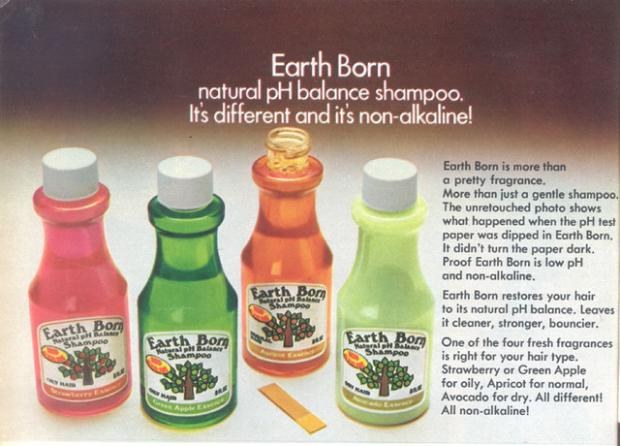 This was very science-y shampoo. Something about pH, non-alkaline, blah blah blah. It smelled very pretty, though. 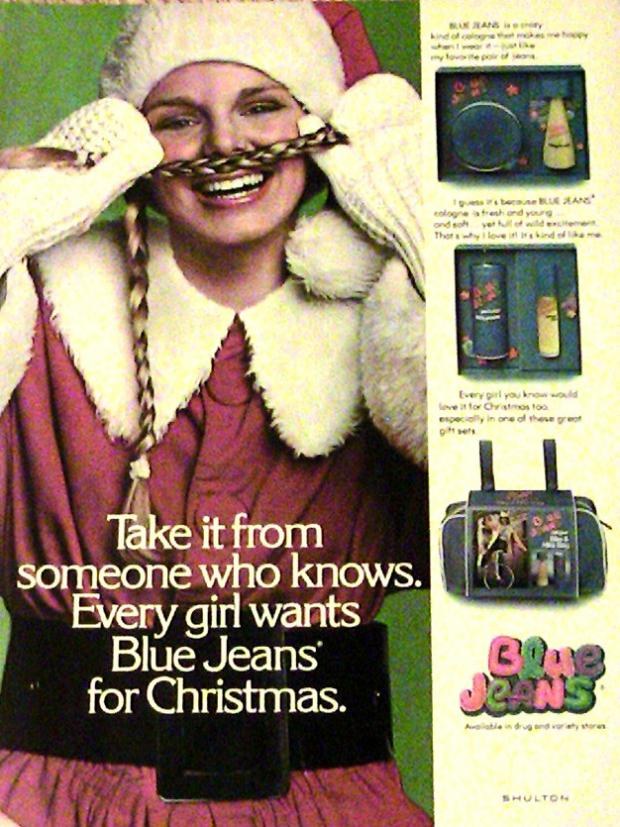 The scent wasn’t actually of blue jeans, it just came in a denim bag. Which, honestly, is probably for the best.

Do you remember using any of these? Let us know!