The differences between our childhoods and those of kids today are mind-blowing.

We grew up on the fence of both generations. A lot of us would prefer to use technology today, but we still understand the importance of playing outside or turning the phones off for a night.

The generations after us have it pretty easy, to be honest. We paved the way for some truly useful inventions.

Scroll through this list of things from your childhood and try to imagine kids today doing them! Odds are they would need a hand.

1. Going to Blockbuster and picking out ONE movie to watch for the entire weekend.

“Netflix and Chill” used to be “Blockbuster and Have the Movie Back By 11pm Tomorrow.” You rented one movie and that was it. If the movie you wanted was out of stock then you were S.O.L. Guess you’ll have to settle for “Honey I Shrunk The Kids” yet again.

2. Having to run to the tape return box while your mom idled the car. 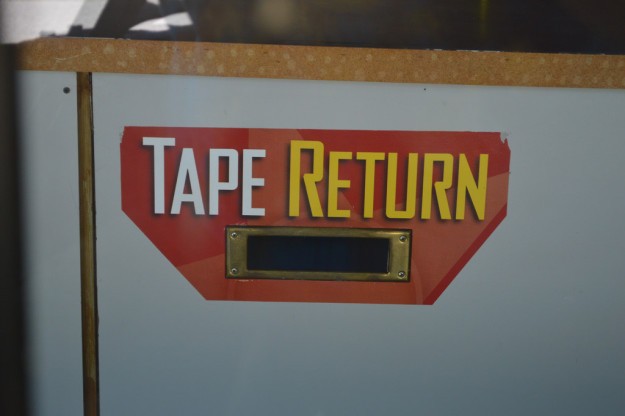 It could be piss-pouring rain outside, but your mom would never go right up to the slot. “No, you just go run it over. I’ll wait here. I don’t want to have to turn around!” You’d drop that VHS tape right into the bin with all the others and secretly hope some cool VHS monster was putting them all away.

3. Reading shampoo bottles in the bathroom because you didn’t have a phone. 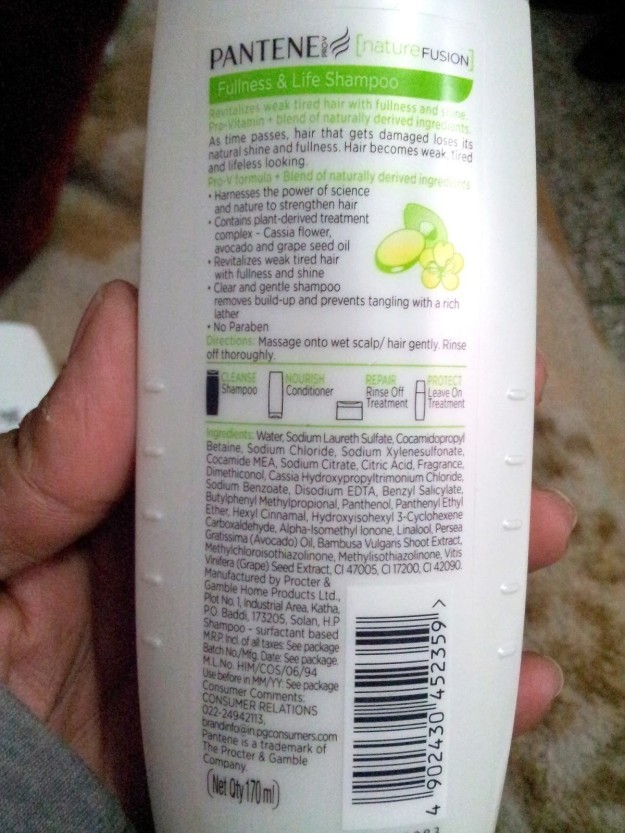 You knew every single ingredient in that Herbal Essences shampoo and conditioner set. We didn’t have the luxury of playing Candy Crush or tweeting about our bowel movements. We had to improvise.

4. Thinking MapQuest was something from the future. 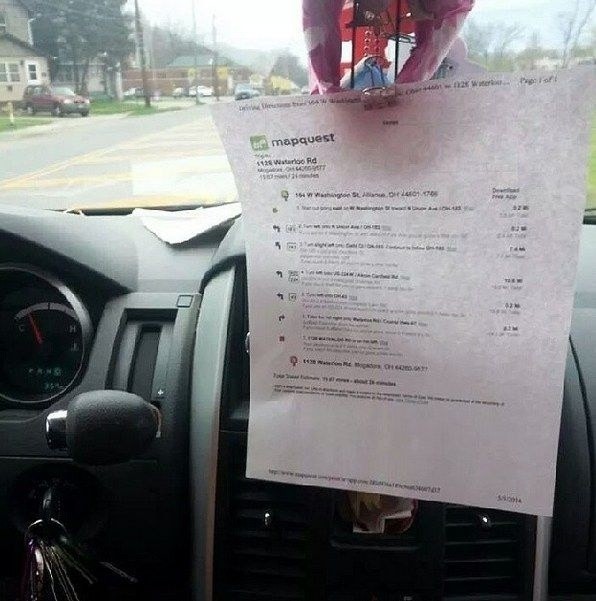 Wait. You mean I DON’T have to get out my map of the city and figure out where Main Street is? If you were using MapQuest, you were livin’ large. Didn’t matter that we had to legitimately read off a piece of paper en route. Talk about distracted driving.

5. Having to mail in your orders for catalog shopping. 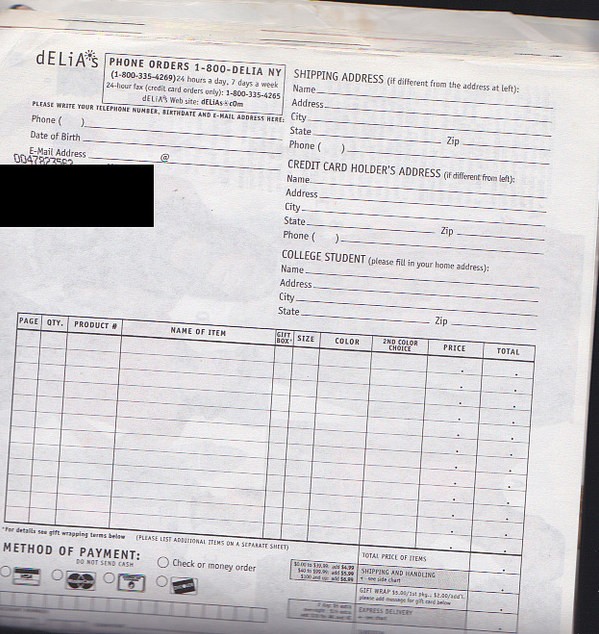 If you wanted that bathing suit from the Sears catalog, then you better damn well measure yourself. Every article of clothing had a corresponding number and size chart. The positive was that you measured yourself and ordered that size. There was no guess-work involved.

6. Fanny packs were real and were accepted. 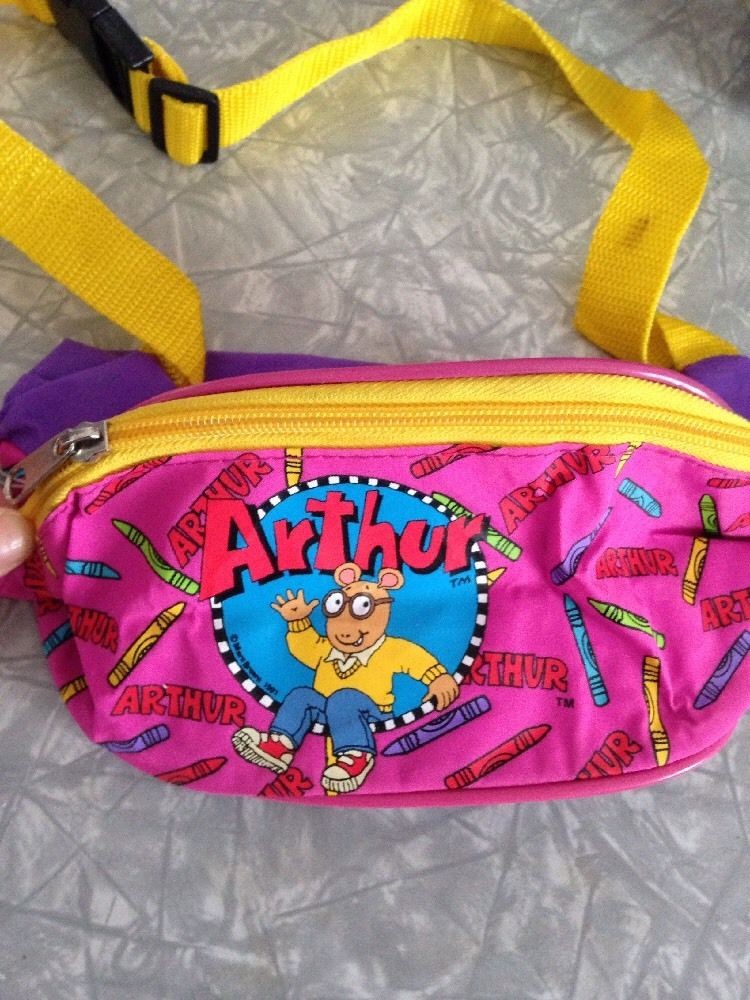 It held your Lip Smackers, your cucumber melon hand lotion, and that single five dollar bill you carried everywhere “in case of an emergency.” If you were lucky, it also held a couple tootsie rolls. Fanny packs were high fashion. They made you look important. “I have so many things I can’t POSSIBLY carry them in my hands. But also I need my arms so I can’t use a purse!”

7. Not being able to see what your picture looked like until 2 weeks later. 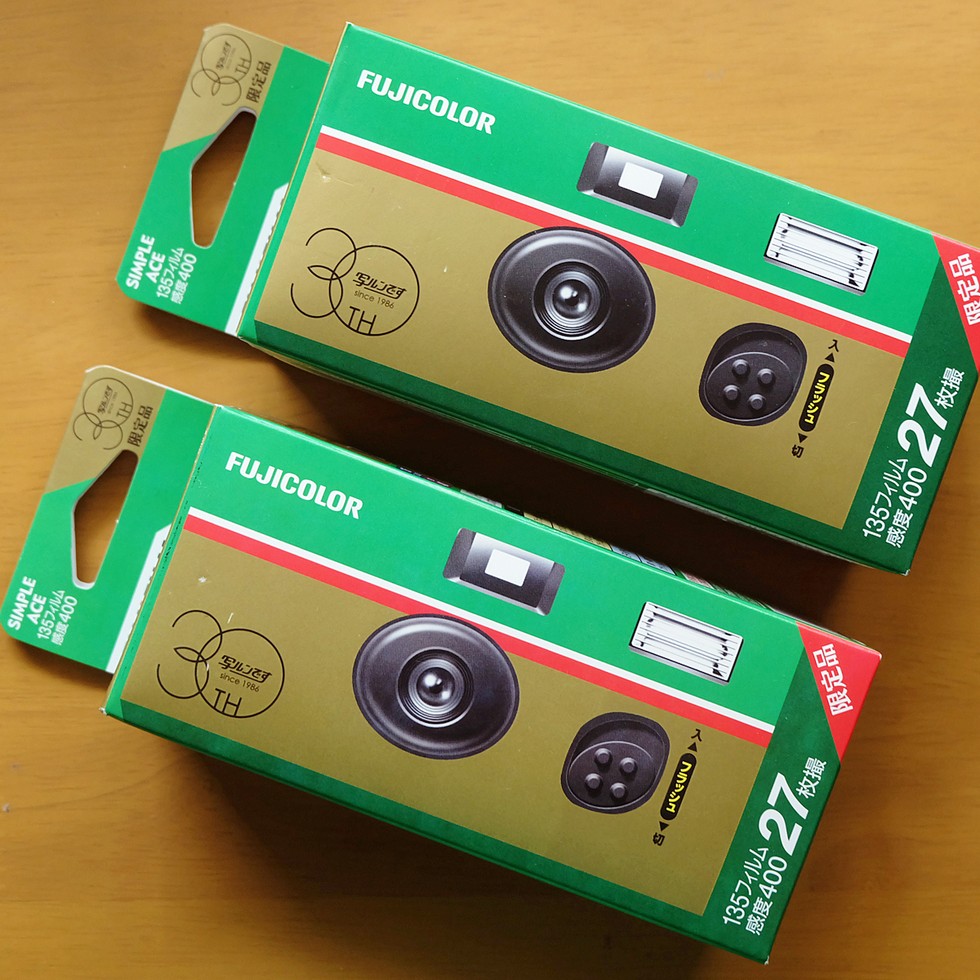 The selfie didn’t exist. The “hold your breath and pray you got everyone’s head in the frame” existed. This was the ultimate practice in trust. Not to mention you only had 24 shots to take! If you were going on a trip, you better have packed more than one of these bad boys. Don’t worry. You can store them in your fanny pack.

8. When you had a project, you had to actually do RESEARCH. 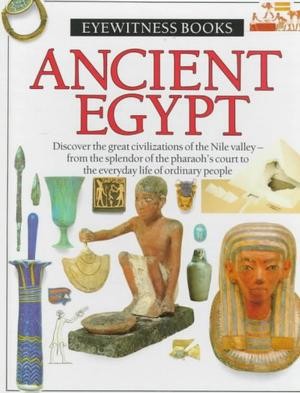 Eyewitness books were more or less your saving grace. There was no Google. You had to actually read all the information placed in front of you. No “ctrl+F” to find the keywords you need. If you were lucky you were around when “Ask Jeeves” came into play. And even then, he was the most unhelpful butler in history.

And that’s not the only crazy thing we lived through…

9. If you wanted to see a movie, you had to look up the times in the newspaper. 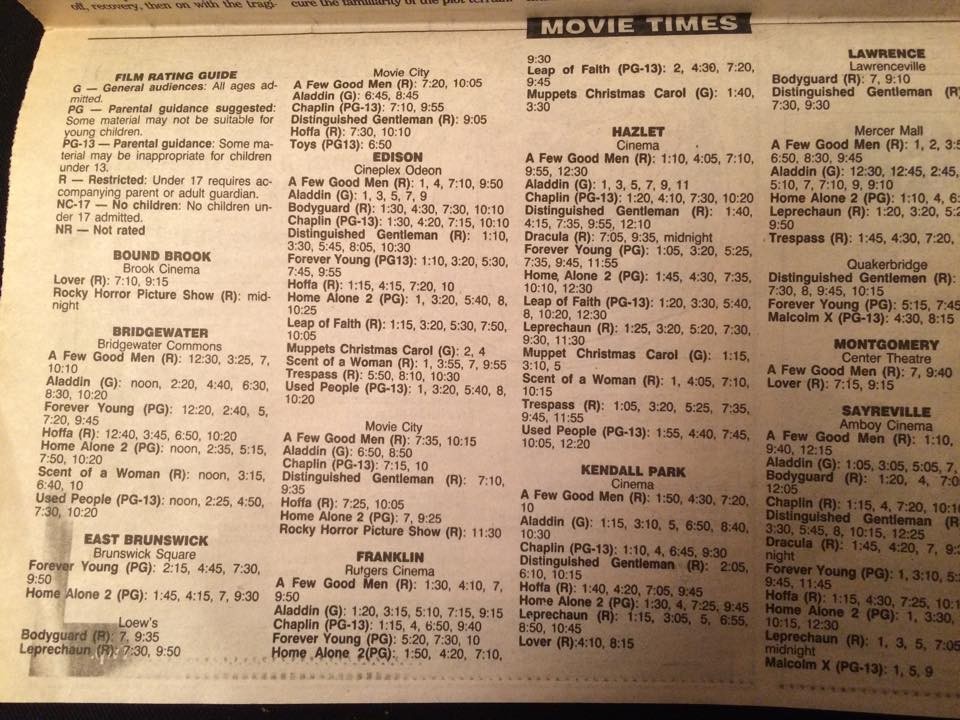 You either looked it up or you called the theater itself. No phone apps, no web searches. Good old fashioned newspapers. Better hope you’re looking at the right theater, otherwise you’ll be waiting a couple hours in the lobby waiting to see “Max Keeble’s Big Move.” 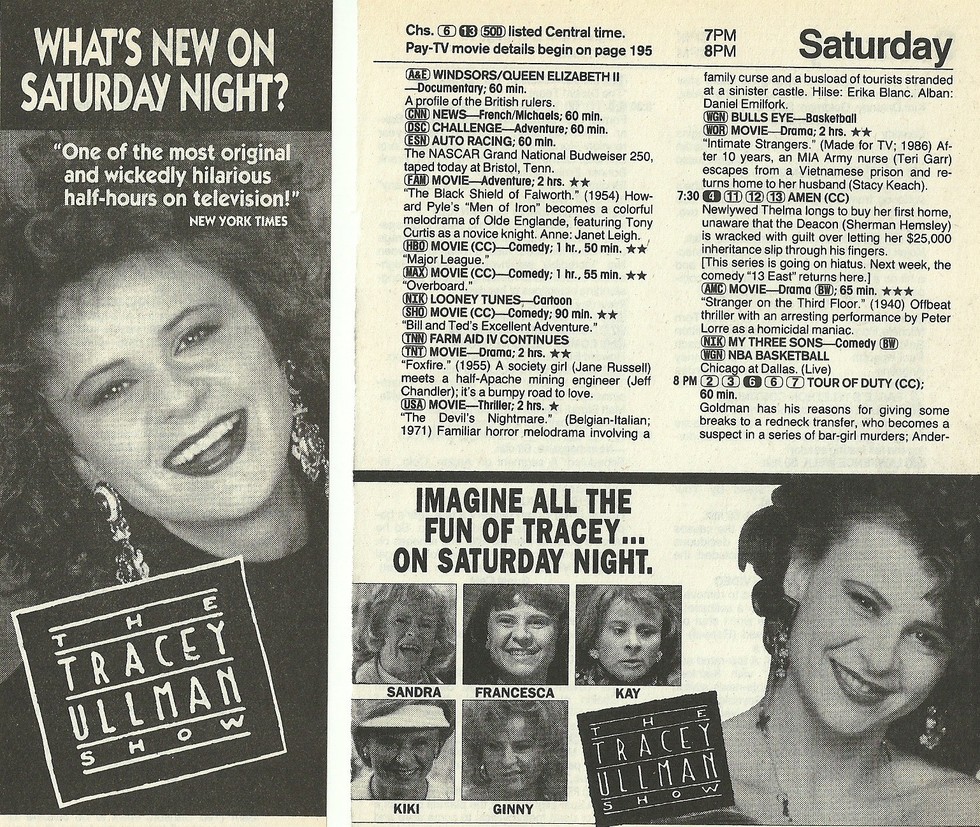 You got the TV Guide every Sunday with your newspaper. You’d go through every night and figure out which episodes of your show were playing that week. If you wanted to watch it, you’d have to watch it live. We didn’t have a PVR or the ability to watch shows the next day online. Not to mention you’d be out of the loop at school the next day!

11. Only checking your email every couple of days. 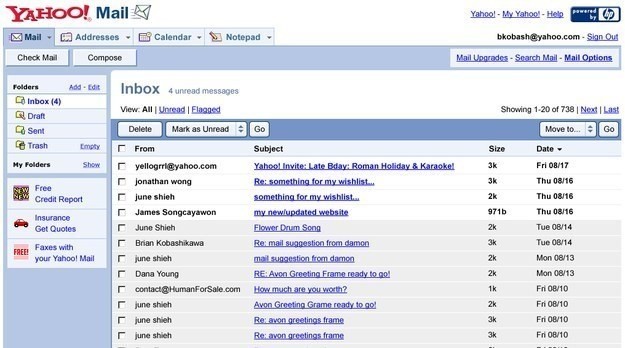 Most of it was junk mail anyways. If anything was REALLY important, it would be relayed to you by phone call. Your email was more like a hassle in our generation. And frankly, it still can be.

12. You could meet your family and friends at airport gates as they got off the plane. 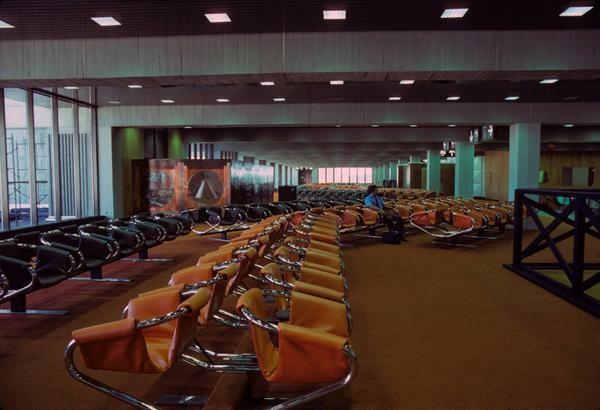 “Pick me up from the airport” didn’t mean “try and find me in a sea of people while I stand helplessly in the parking garage.” You could actually go right to the gate to meet your loved ones. It made for a lot more emotional reunions, instead of the tired “Hello, yes, hi. I missed you too. I’ve been standing at customs for 56 years.” 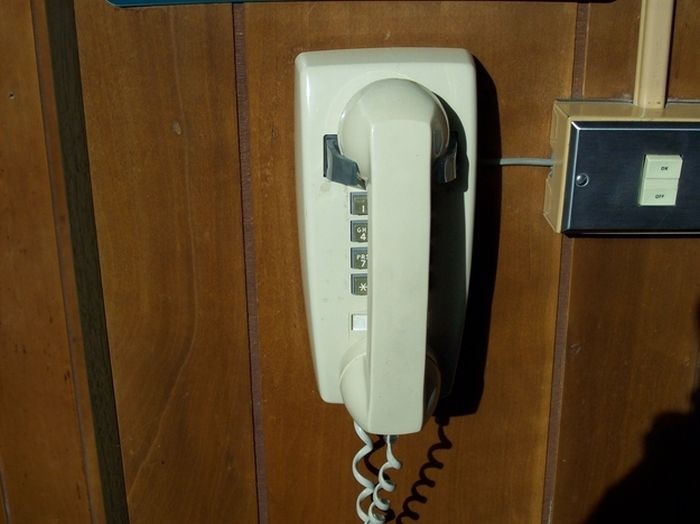 It wasn’t just a figure of speech. You actually had to hang the phone. It allowed for a lot more dramatic endings to conversations.

14. Rolling up your windows had meaning, as well. 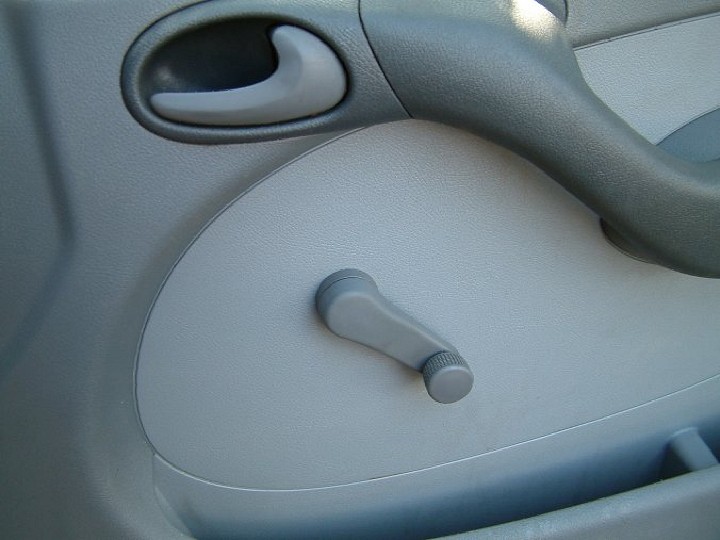 You had to crank that puppy until it was up or down. It was a real arm workout. And the back windows only went down about halfway. So if you wanted wind blowing in your hair, you’d have to be in the front. 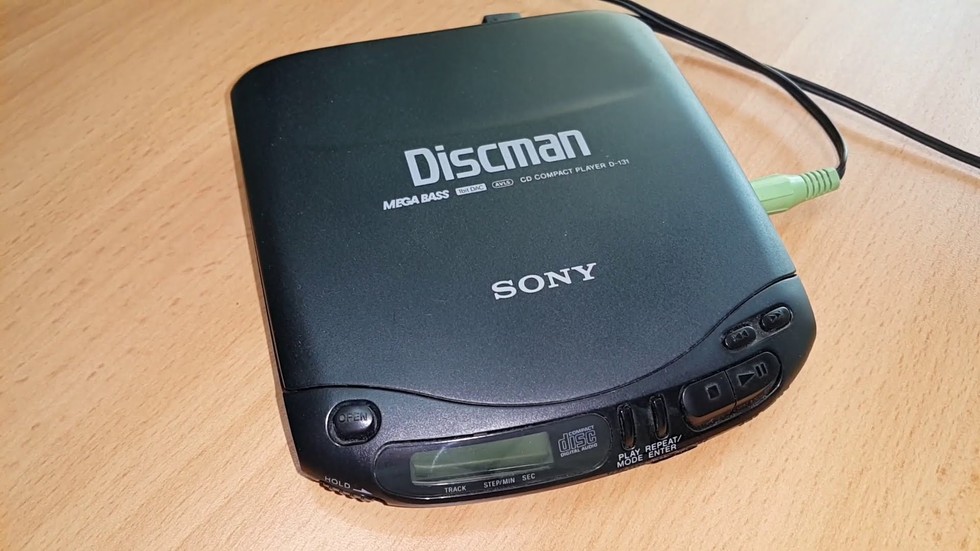 You could bring one, MAYBE two options. You better like that artist, too. Because there was no swapping after each song. Unless you made a mix CD, that is.

What do you remember from your childhood that would completely baffle kids today?