Cabbage Patch Kids were the toy industry’s biggest fad of the 1980s and one of America’s longest-running doll franchises.

Imagine the insanity of Black Friday combined with the frenzy of the first iPhone launch, and you have the Cabbage Patch Kids craze, or “Doll Mania.”

News reports claimed that they were “the best selling, scarcest dolls of all time” causing department store pandemonium as grown adults scrambled and fought for the hand-stitched fabric sculpture dolls.

The dolls were created by a 21-year-old art student named Xavier Roberts whose initial design of “Dexter” won first place at the Osceola Art show.

Check out creepy little Dexter – the doll that started it all! 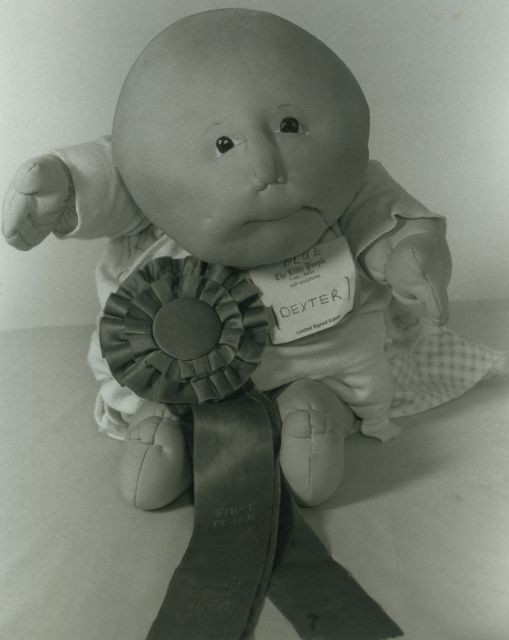 Roberts developed the marketing concept of adoptable Little People with birth certificates and realizes after the success with “Dexter” that people would easily pay a $40.00 “adoption fee” for one of his hand signed Little People Originals. 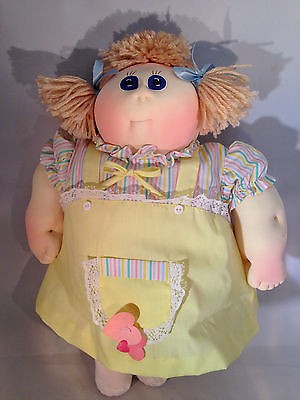 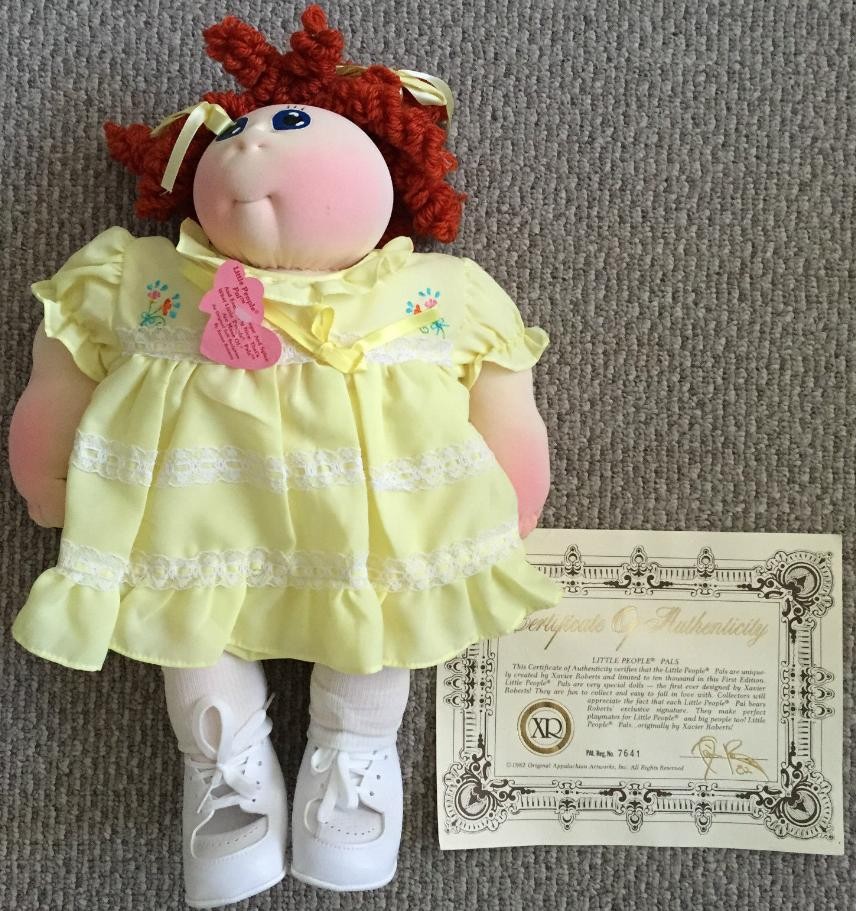 What the actual heck. Doll Mania is alive and well people.

After the success of the weird-looking  Little People Pals, Roberts and five of his friends incorporate their business – Original Appalachian Artworks Inc and open “BabyLand General Hospital” to the public. This would be where the Cabbage Patch Kids “wait” for their forever homes. 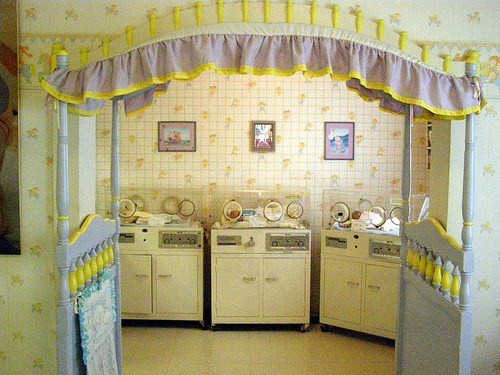 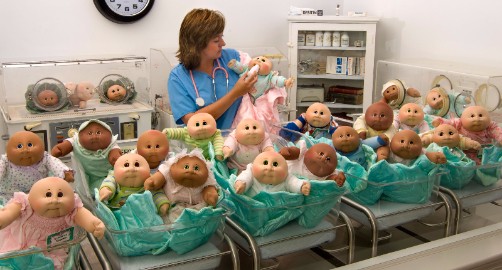 Much like the iPhone of today, reports emerged in 1981 that many people were “re-adopting” the dolls for as much as 100 times their initial adoption fee. 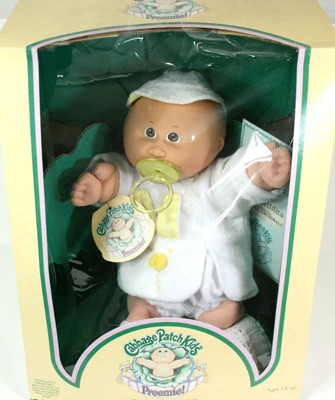 By 1982, the demand for these dolls was so high, that Original Appalachian Artworks Inc signed a long term licensing agreement with Coleco to manufacture a smaller version of the doll with a vinyl head and “adoption fees” under $30 USD.

Near the end of 1983, Newsweek announces that 3 million Cabbage Patch Kids toys had been “adopted,” but the people wanted more. 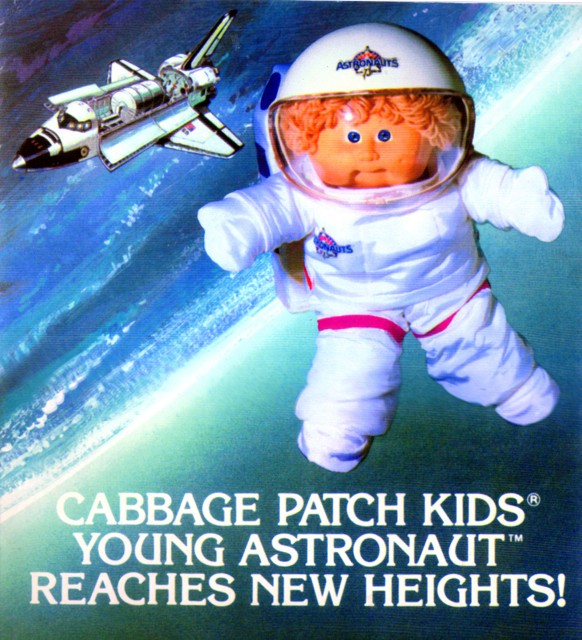 By the end of the decade, about 65 million Cabbage Patch Kids toys had been adopted making the brand among the top 10 best selling of the year.

Even though our parents KNEW that this was a ridiculous craze, that didn’t stop them from doing everything they could to buy  us one for Christmas. Watch the NBC interview with this father – he flew to ENGLAND to buy his daughter these dolls.

Would you go this far for a doll?