Sometimes a thread on Reddit takes on a life of it’s own. That seems to be what happened when people began to make movies ‘better’ by removing one letter from the title. People have been doing this for a while, but one man took it to the next level when he began to draw the movie posters for new names. He ended up with a bunch of fans who wanted to buy his work, and even landed himself a book deal! 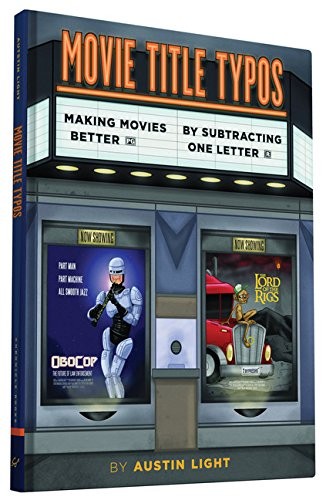 The book is available now and is pretty amazing. Some of his original illustrations are still available on Imgur so you can get a little preview of what he does. By subtracting one letter from the title of popular movies, the entire plot is changed which obviously means a new poster and a synopsis are added in for fun. 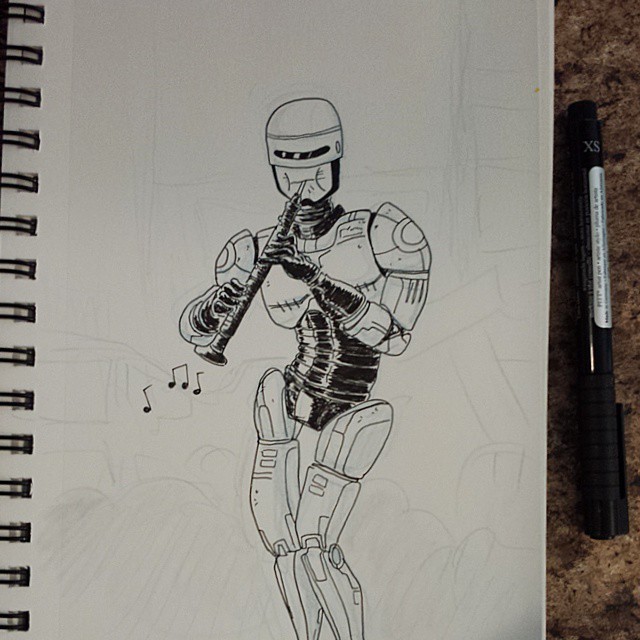 The story of how a police officer works through his PTSD and adjusts to his new robotic implants with the help of the sexy soothing sound of his oboe. – austindlight 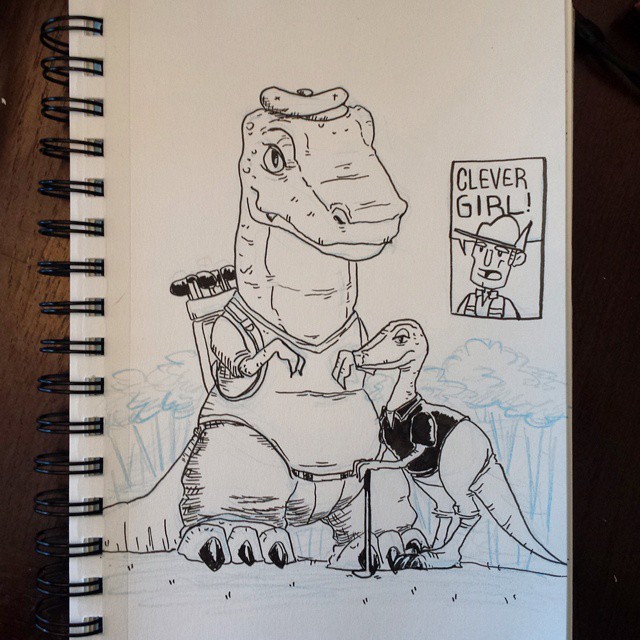 Two dinosaurs set out to prove they’re more than just killing machines. Thanks to a loophole in the rules they find a spot on the PGA tour and golf their way to the top of the food chain.- austindlight 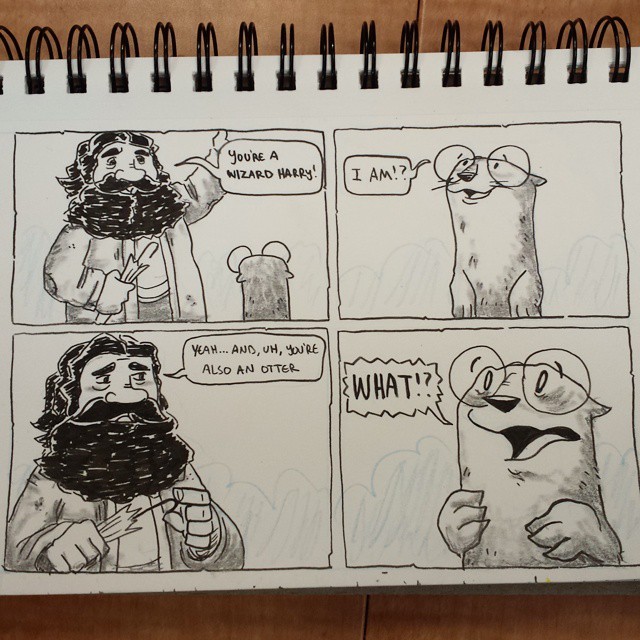 A young boy finds out who, and what, he is. Magic ensues. – austindlight 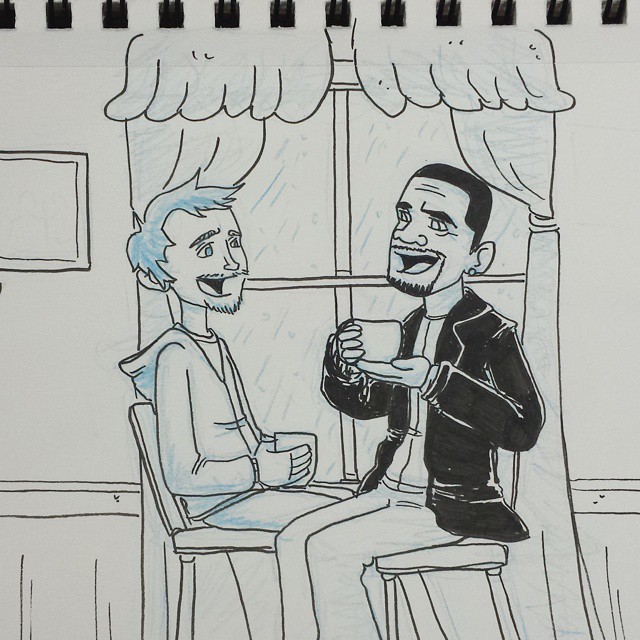 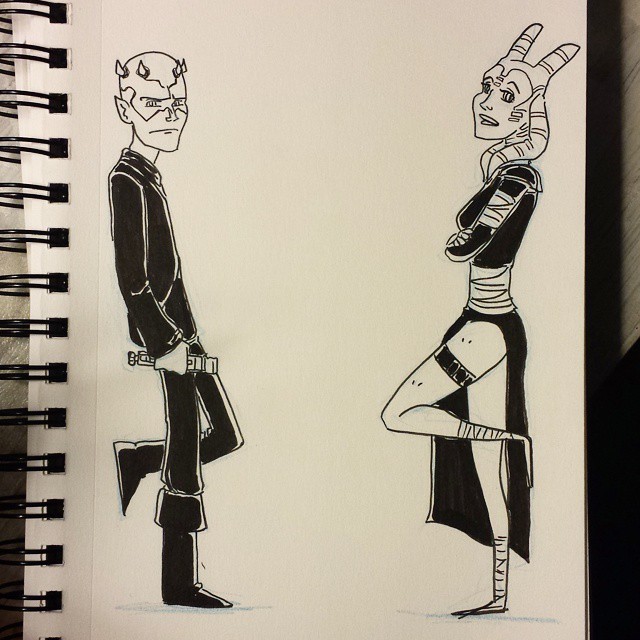 Mr. and Mrs. Sith Two Jedi abandon the order for love. Also to shoot lightning from their hands. Because that’s cool.- austindlight 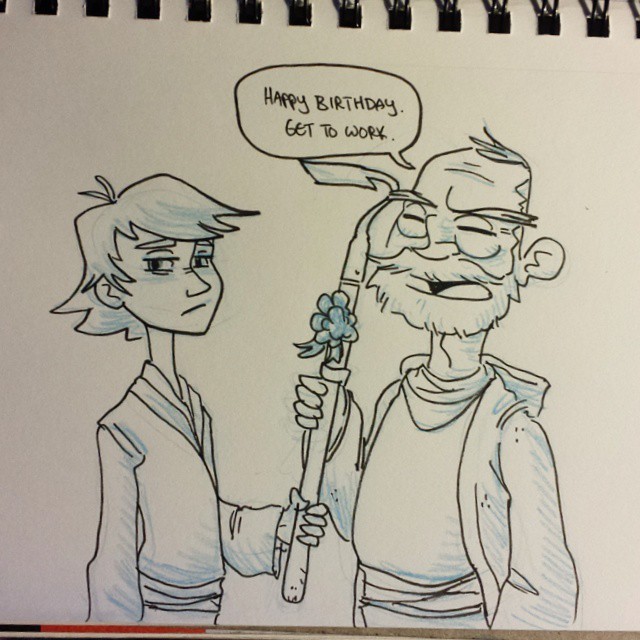 A farm boy, who apparently farms sand, fulfills his destiny and becomes the first farmer to do the kessel run in 12 parsecs.- austindlight

Beauty and the Beat 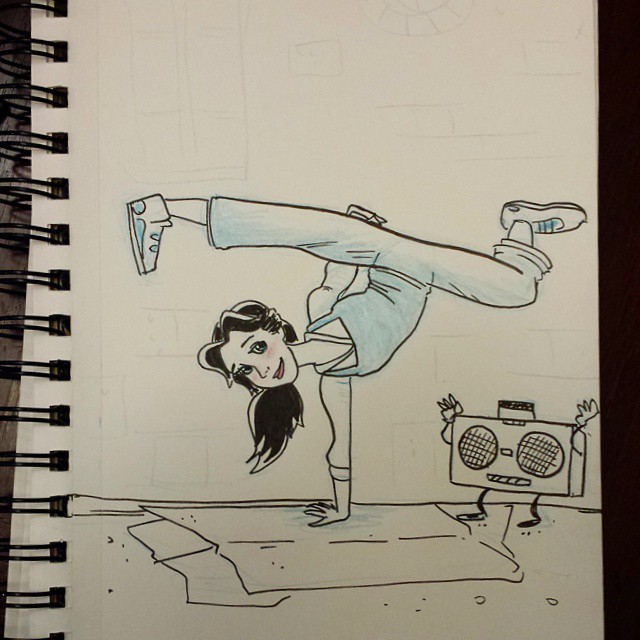 After a witch turns her best friend into a dope boom box, Belle decides to enter France’s Got Talent. She crushes it.- austindlight 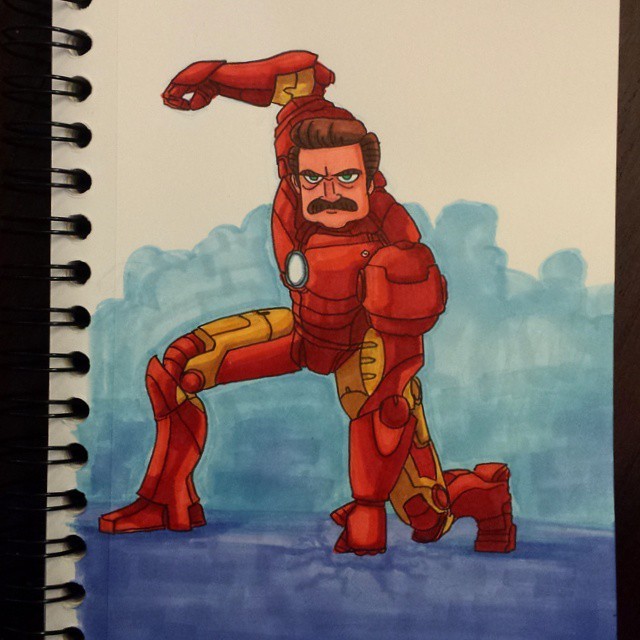 A disgruntled government employee builds a robo suit in his garage to help him stop the government he works for from getting any more work done. – austindlight 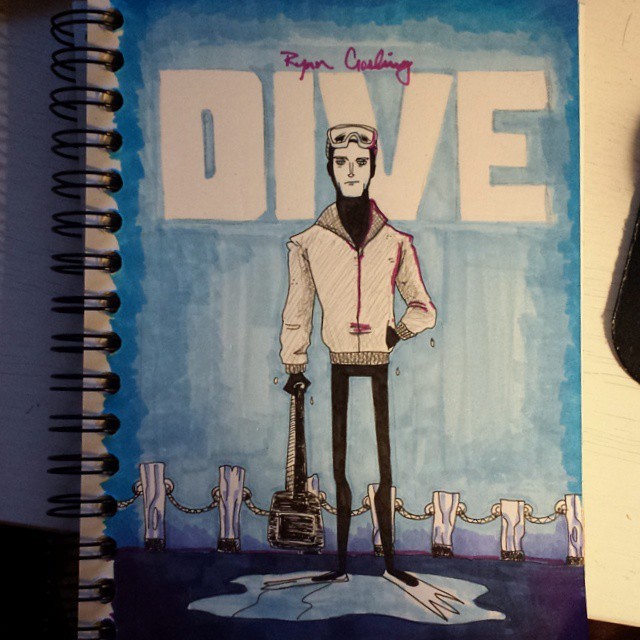 Ryan Gosling plays a mysteriously appealing scuba diving guide who gets mixed up in some shady business. He has like 12 lines the whole movie. He also stomps a shark to death. – austindlight 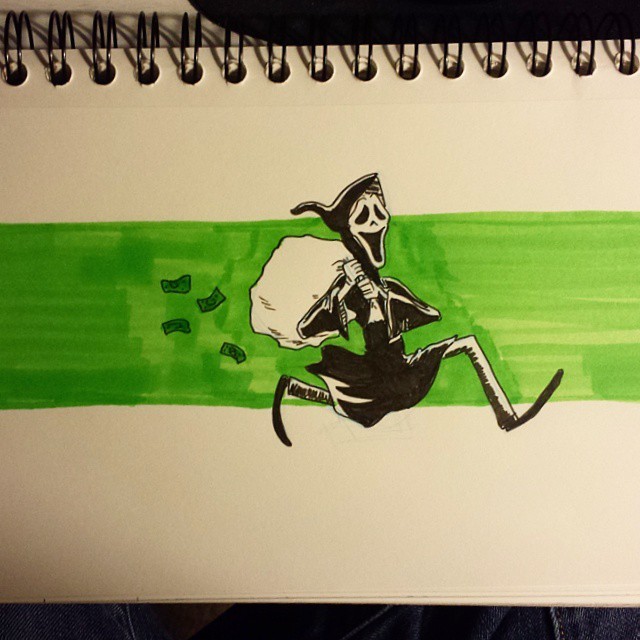 A thief with a penchant for masks keeps getting caught in the act. – austindlight 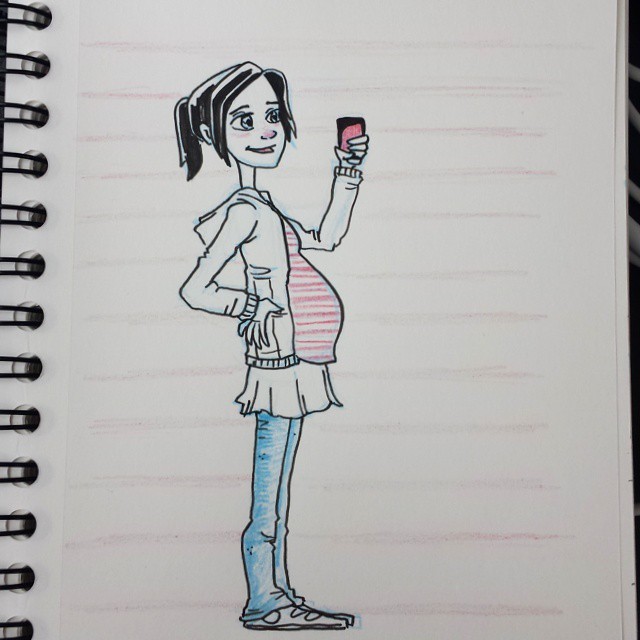 A pregnant teen climbs to the top of the Uno rec league championship tournament.- austindlight

Check out the Imgur post for more, or buy the book of completed images!