If America’s favorite yellow family wasn’t your thing back in the 90s, you were probably watching King of the Hill instead.

The adventures of Hank Hill, the low-energy propane and propane accessories salesman from Arlen, Texas were a big hit, and from 1997-98 the show even got higher ratings than the Simpsons.

If it feels like the show was just ended, you’re not wrong! The show’s fans kept the Rainey Street gang on the air for an incredible 13 seasons – that’s 259 episodes! King of the Hill was on the air as recently as 2010, and of course it will live forever in reruns.

To celebrate this big anniversary, we’ve rounded up some facts about the show’s secret origins. If you’re a real King of the Hill fan, see if you know at least two of these!

King of the Hill’s opening sequence is as famous as the Simpsons’ own couch gag, but do you know who wrote the iconic song that plays at the start of each episode? The song is “Yahoos and Triangles” and it’s performed by The Refreshments.

Mike Judge, the show’s creator, was inspired to make a show set in the suburbs of Dallas, and that’s where inspiration for most of the characters and locations on the show comes from. Arlen is directly inspired by Garland, which is where Judge grew up. Even Rainey street, where the Hill family lives, is named after a street in the city of Austin.

4. Luanne has a delicious inspiration

If you visit Luby’s, a famous Texas restaurant chain, you might be surprised to see one of the show’s main characters on the menu. Luanne Platter is named after the chain’s Lu Ann Platter, a kind of value meal with a half portion and a side. 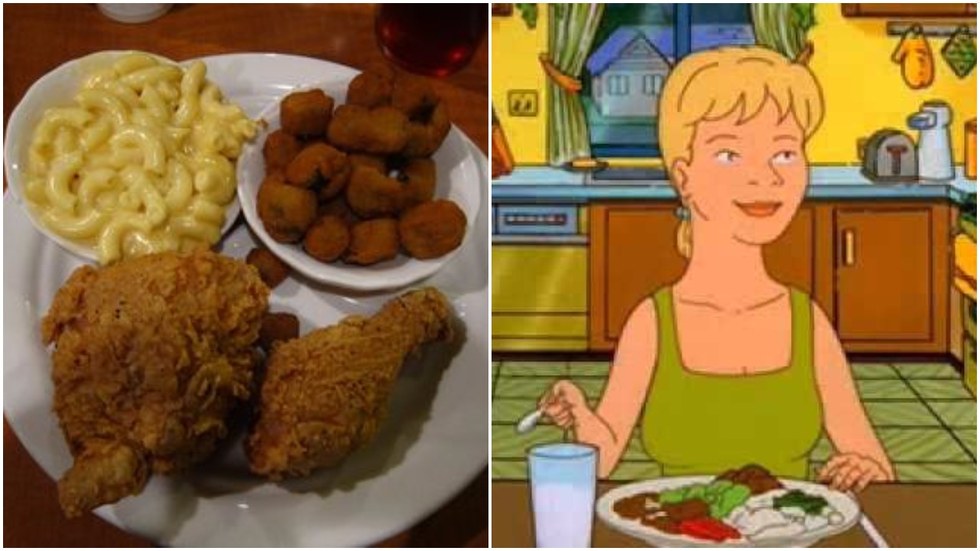 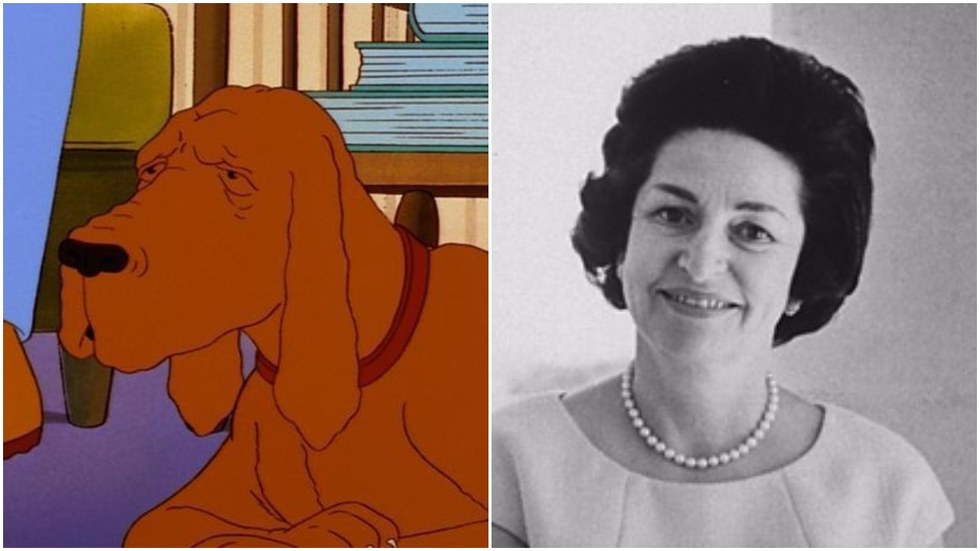 6. Boomhauer has some complaints

Boomhauer’s hilarious mumbling is one of a kind, but where did it come from? When Mike Judge was working on his first series, Beavis and Butthead, he got an angry complaint call about the show. The caller’s voice was so funny that it became a running joke with Judge, and eventually found its way onto King of the Hill.

Hank’s friend Dale Gribble is best known for his outrageous conspiracy theories, but even he can’t connect the dots and figure out that his look was inspired by Robert Patrick, the Terminator 2 star.

8. King of the Anderson doesn’t sound as funny

Like Boomhauer, the roots of the Hank Hill character trace back to Beavis and Butthead. The character of Tom Anderson was Judge’s first draft of Hank, and he even says a version of Hank’s catchphrase “That boy ain’t right.” 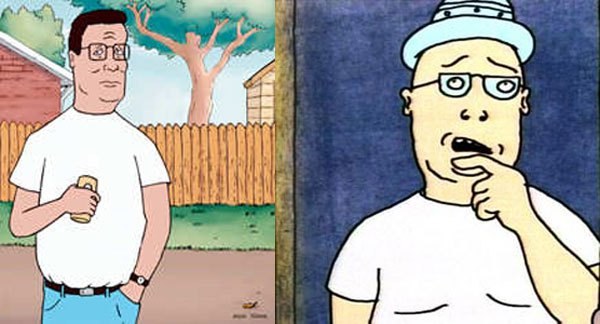 Over the show’s long run, the musician Chuck Mangione showed up so often that you could be forgive for thinking he was a character made up for the show. But no! Mangione is a flugelhorn player who had a big hit with “Feels So Good” in 1977, and has released 30 albums since his career started.

10. King of the Hill almost had a spin-off

Only the most devoted King of the Hill fans will know this one: which of the show’s character’s almost had a live action spin-off? It was none other than Monsignor Martinez, the telenovela star that the Hill family loves to watch. Apparently the pilot episode was actually made, but so far it hasn’t seen the light of day. Dios mio!